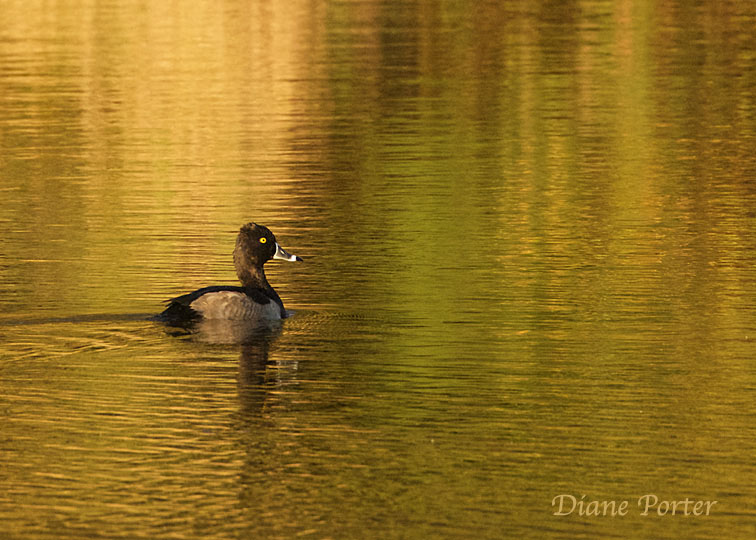 A Ring-necked Duck swam all alone on the pond at sunrise.

Was his button of an eye watching the gold light that slanted in under the clouds? I thought he looked completely awake, and unhurried, interested.

I don't get to see this bird as often as I'd like, as it does not normally breed in Iowa. Nor does it winter here. I see it on my own pond only in spring and fall. In passing.

It makes a pretty scene against fall colors reflecting in the pond.

A person could be excused for forgetting the name of this bird. 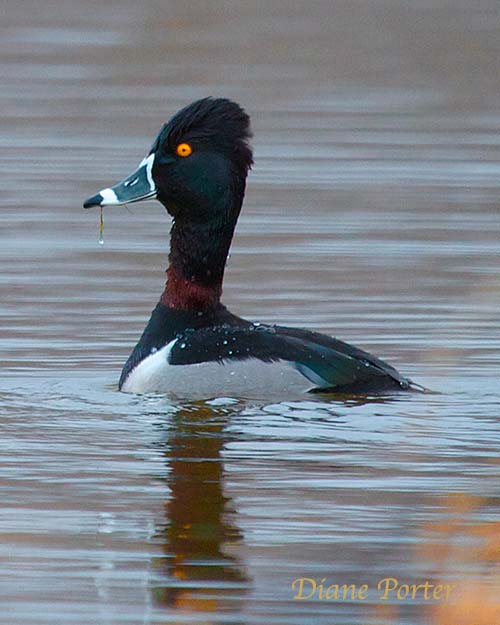 Ring-necked Duck certainly has rings, but the most visible rings are not around the neck. Instead the eye is drawn to the shock-white bands around the base of the bill and near the tip.

Instead, this duck is named for a much less conspicuous band around the neck of the male. It is rusty, rather vague, and contrasting very little with the bird's shades of dark gray. If you look closely you might just make it out, at the base of the neck. (To see it enlarged, click the photo. It will open in another tab or window.)

Here the ring-necked duck stretches up tall and reveals the reddish band around the male's neck that gives him his name.