Song Sparrow on the Edge 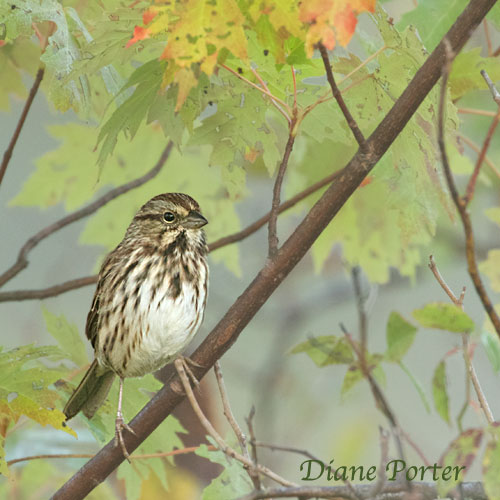 A few Song Sparrows spend the winter in Iowa. More go farther south. Here where I live, we are near the edge, the northern extent of this bird's winter endurance.

If the winter is hard, Song Sparrows suffer, and many succumb. If the weather is a little milder, those who have stayed will make it through and get a head start. They'll have saved the enormous effort of migration and its dangers. I see why they have an incentive to try.

This bird, at such repose in the October maple leaves beside the pond, may be considering, calculating the upside/downside ratio of staying vs. going. The land seems gentle now. But what will come?

Where it can live

It is birds on the edge like this who determine the range of a species. They are the gambles — choosing these perils or others. It is they who draw the maps that show where the species can be found. 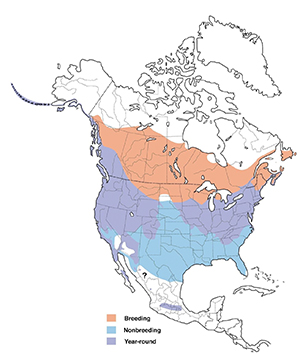 However, the Song Sparrows we see in winter are not the same ones we find in summer. Everyone has flown southward. Interestingly, the Song Sparrows who breed farthest north fly the farthest south, leaping over the birds in the middle. I don't think we know quite why that happens.

In the Iowa spring, Song Sparrow is one of the strongest singers. He brings a tree to life with solo concerts that go on for hours. If I startle him with my sudden admiration, he may drop into the thickness of the brush pile I've constructed for birds, there to wait out my interruption.

This October morning, though, he is not singing. He is not seeking a mate at this season, so he has no need for eloquence. Nor is he ordering other Song Sparrows off his land, because he has no young to feed and no requirement to defend his source of caterpillars. He seems to be contemplating. Perhaps he regards the colors of the fading maple, or the new coolness in the air. Or his prospects and future. It is not mine to know.