Dainty of the Cliff 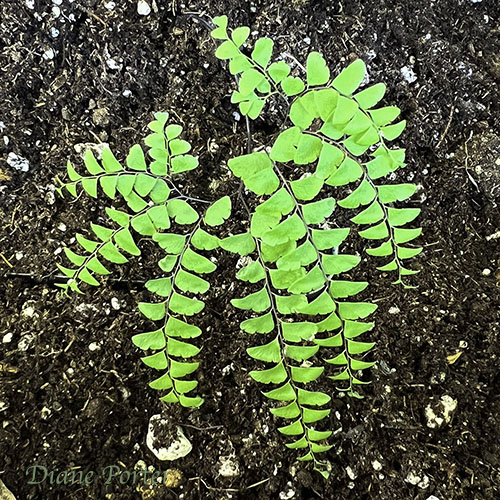 I cannot wade across Crow Creek. And if I did, I could not scale the sheer cliff on the other side. I wish I could, because it is an expanse of ferns and wildflowers that have grown there for a thousand years or more. In the farmed-to-a-gasp state of Iowa, this bank is steep and inaccessible. And so it has escaped the rough hand of farming.

From my side if the creek, I have spent hours with my binoculars, studying the plants that grow there. Especially the ferns.

One of the loveliest is Maidenhair Fern, which cascades over the soil and exposed roots of the cliff. I have never found it growing in the woods on my side of the creek. For years, cattle were run through those woods, no doubt obliterating many interesting plants. If Maidenhair ever grew there, they grow there no more. 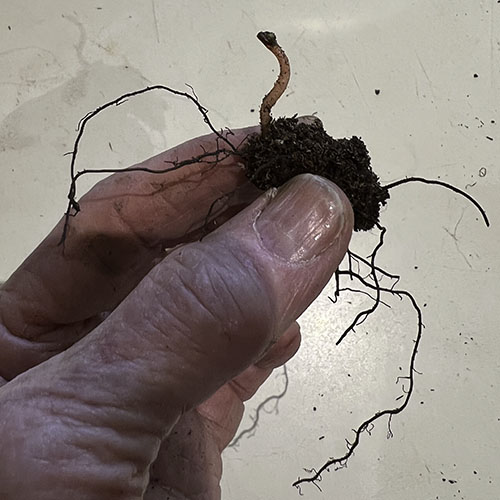 I wanted them in my woods again. So this spring I ordered 20 bare-root Maidenhairs from a nursery. I opened it carefully and examined the black threads of root. They did not look alive.

But I planted them and labeled them and watered them faithfully. Under the big pin oak tree. Along a path through the woods, where other ferns grow. In the shady bed on the north side of our house.

One by one, they've begun to emerge. Now, 6 weeks later, almost half have put out leaves. I love these little fellows with the tender passion of a mother. I have some faith that the rest will emerge by the end of the summer.

Where and when does Maidenhair Fern grow?

Maidenhair Fern is an herbaceous perennial, dying back every fall and coming up from the ground in the spring. 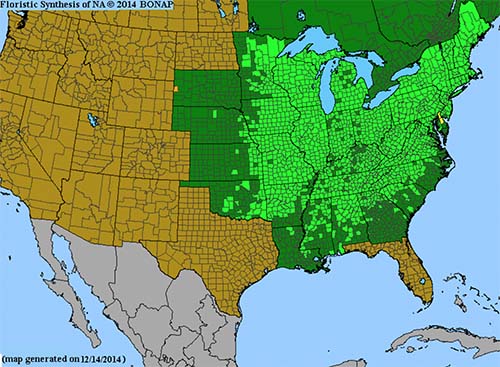 It grows in semi shady places, such as woods or banks that receive sun only for part of the day.

The map shows the native range of Maidenhair fern. The light green color shows counties where it is found growing wild. This map was produced by The Biota of North America Program (BONAP).

The names of the fern