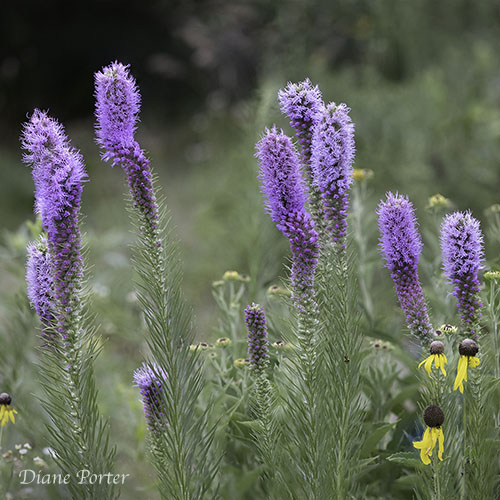 Now that Prairie Blazing Star is opening its firmament of eyes, summer is fully upon us.

I mean, the coneflowers and Rattlesnake Master are already lovely, but then Liatris goes off like a fistful of rockets and brings on a whole new visual experience.

The bloom starts at the top of each stalk. The stalk is made of up countless flowers, arranged more or less in spirals. Like a huge incense stick, it slowy burns downward, glowing lavender-magenta.

What the flowers are up to 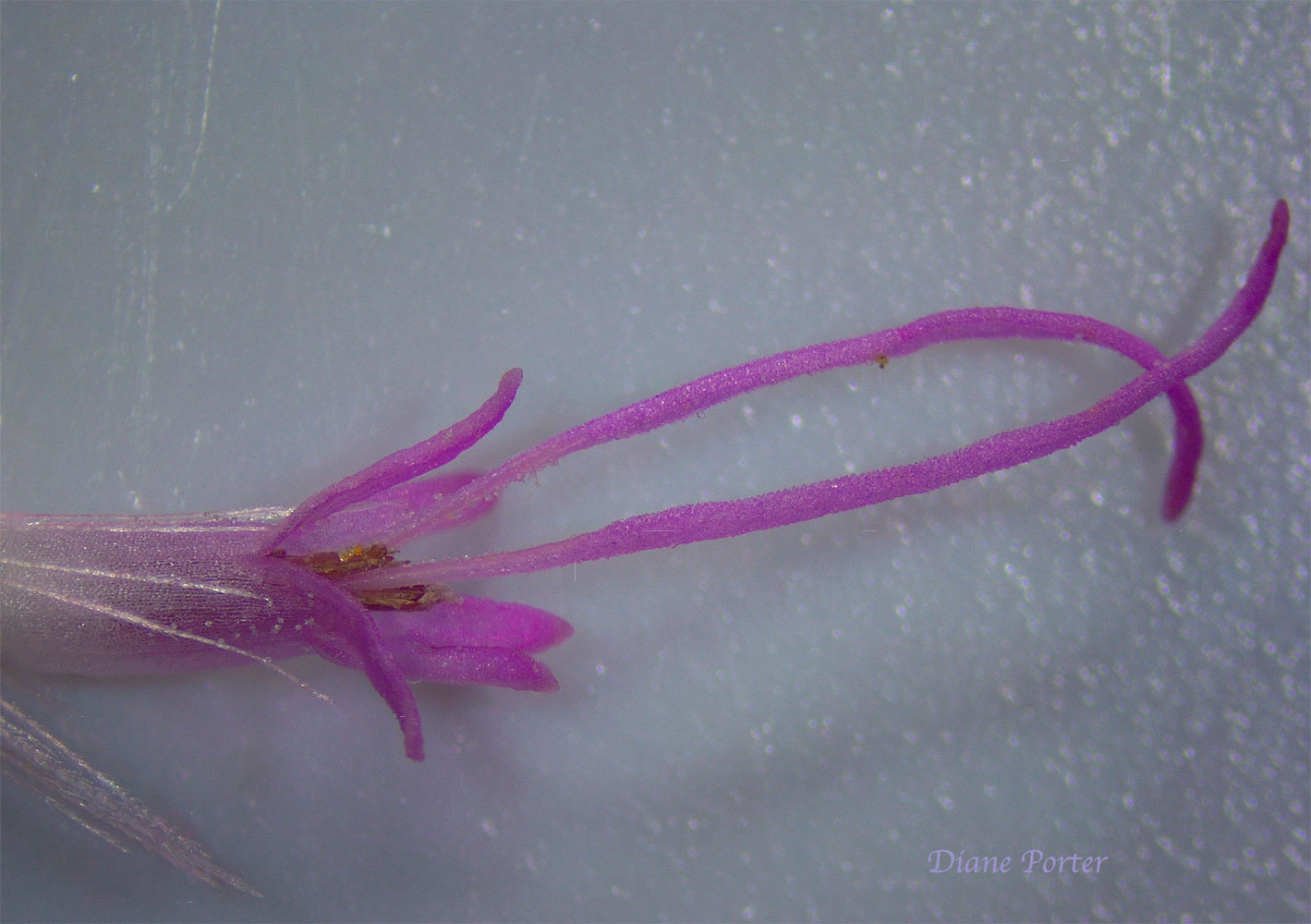 But they're not after food. What they seek to catch is pollen.

Those curling tendrils are the styles. The end of each style has a sticky place on it, to receive and hold onto pollen brought by insects. What the Liatris reaches out for is insects who may want a taste of nectar, and who will pay in the currency of pollination.

This sticky spot is called the stigma. It is primed to receive the male genetic material that is contained in the pollen.

The genetic material travels through the style to the ovary, where it fertilizes the female egg cells. 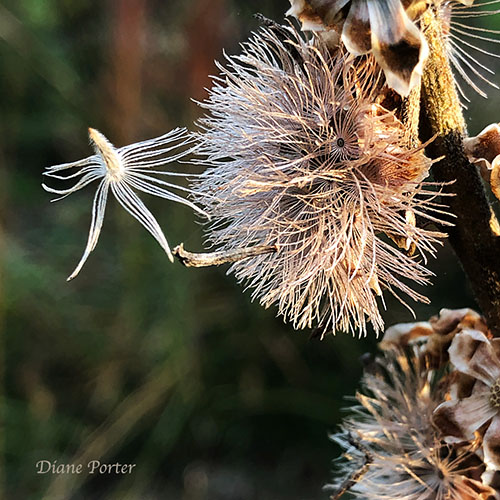 When the magenta extravaganza passes, each individual blossom gurns into a little cluster of seeds. And each seed has its own little transportation device. Like an umbrella lifting Mary Poppins right off her feet and carrying her to a new location.

Which of course is exactly what the Liatris means to do. Each plant has the potential to make thousands upon thousands of new plants. Of course only those that land in a favorable location will succeed in propagating the species.

As gardeners, however, we have superpowers. We can give each plant a huge advantage by saving seeds and planting them with care and protection.

In order to germinate, the seeds need a period of being cold and moist for 60 days to break dormancy. This is a mechanism to prevent the seeds produced in fall from germinating immediately. By waiting until after winter, the young plants will have a season to develop a root system and become able to survive

For an earlier start, put the seeds in damp vermiculite, in a zipped plastic bag, and refrigerate for 60 days. Then bring the seeds into room temperatures to germinate. Grow the seedlings under lights until the weather is reliably above freezing.

Do not bury the seeds, which are tiny and need light to germinate. Press them into the soil.

Liatris plants spend their first summer as a little fountain of slender, arching green leaves. They're not showy yet, because they're devoting their resources to building a thick root system. It's a corm, which is rather like a bulb. If you dig one up, it looks almost edible.

The next spring, they send up a stem, which keeps growing taller as the weather warms up. And then one day in mid summer the flowers on that stem start opening and grab everyone's attention. 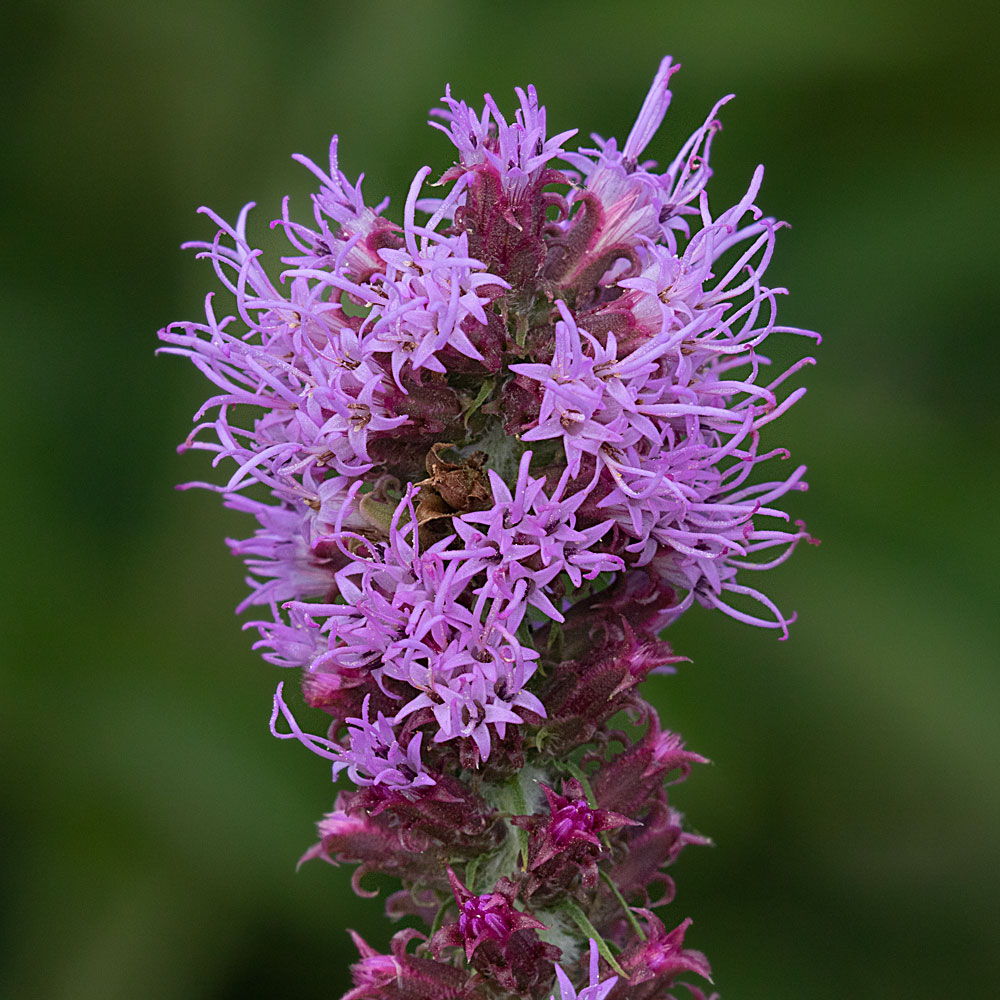 Prairie Blazing Star grows happily in USDA Zones 3-9.  It is a perennial wildflower native to the Midwest of North America. It blooms the second year after it sprouts. That is, if your plants come up this summer, they will bloom the next summer.  It prefers full sun but will tolerate a little shade. It blooms in midsummer.

It grows 4-5 feet tall and often rises like a fountain above surrounding plants. It does well with a foot or two of elbow room.

This plant is one of the most valuable of our native flowers. It provides food for bees, butterflies, and many other pollinators. It is a favorite of Ruby-throated Hummingbirds. It also supports the Prairie Vole and the Meadow Vole. 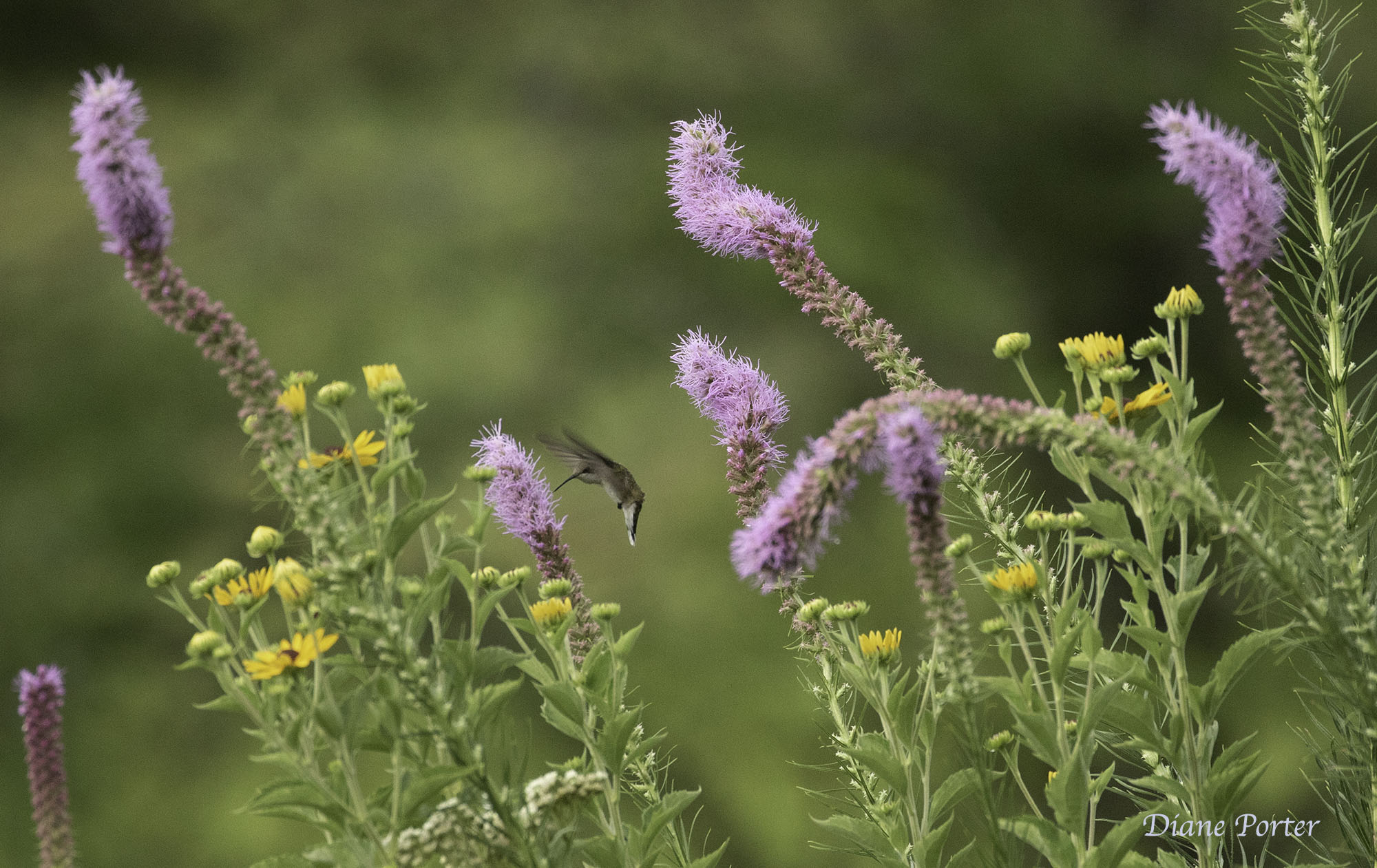 Names of this flower

Where does Prairie Blazing Star grow? 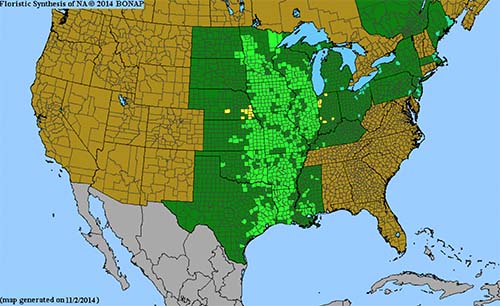 Prairie Blazing Star  is a native wildflower of North America. It is native to a broad stripe down the middle of the continent.